10 Cool things about the tarantula 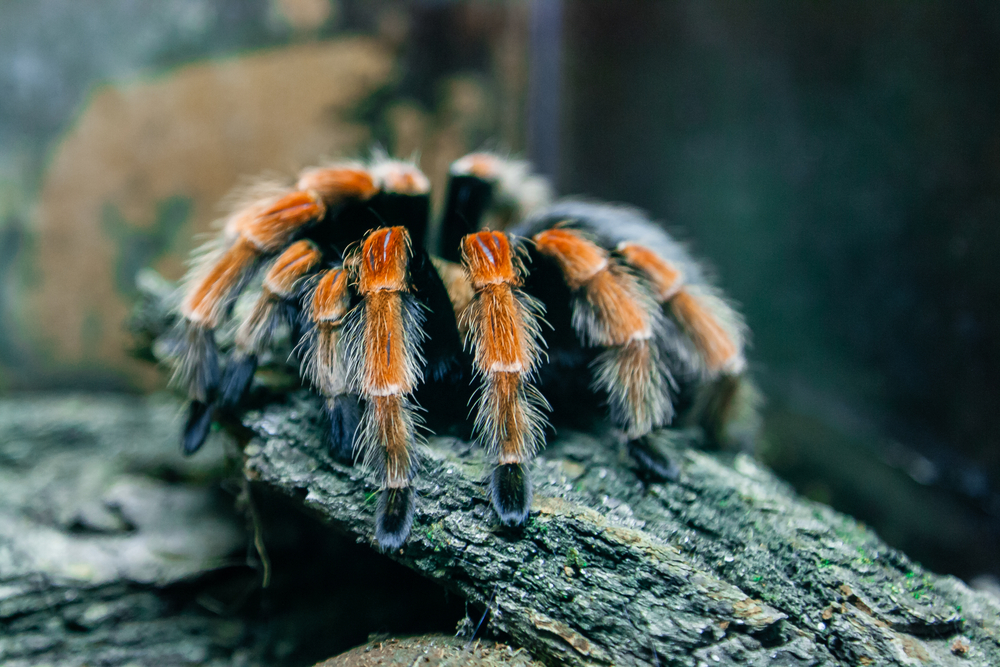 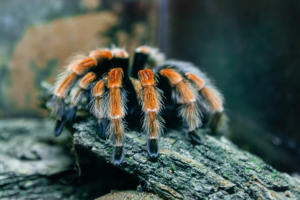 You may have noticed that tarantulas have eight eyes, but to them they are quite useless because they cannot see much. Tarantulas make use of other ways to ‘see’ their surroundings. The many hairs on their bodies are used to sense their surroundings and they do this through minute sensory hairs imbedded around their legs. They also calculate their surroundings through smell, vibrations and moisture. When a tarantula spins a web (which is not the same as those of other spiders), pores within the skin of the spider senses when struggling prey is within the boundaries of the burrow. Through this the spider is aware of the position of the prey as well as the size.

Tarantulas do not spin webs like ordinary spiders. They do, however, produce silk and they use it in other clever ways. It is said that females use silk to decorate their burrows and is also seen to strengthen the earthen walls around her. The female tarantula also spins silk around her eggs like a cocoon to protect them. The male and female tarantula uses the silk to alert them when prey or predators are near. The silk is spun in small strands all around the hideout which acts like a security system.

After a tarantula catches his prey, he spins around in a dancelike manner. It is known that the tarantula is ‘setting the table’. Although the strands of silk spun are minute, it helps to keep the prey clean. The silk is also spun around the prey to ensure that once it is drenched in digestive enzymes, it stays together and do not form mess around the burrow. It is also known that this ‘table’ helps to prevent ants from finding his catch.

The prey of the tarantula depends on his size. Whereas smaller tarantulas are interested in insects, larger tarantulas might find an interest in small rodents or sometimes birds. They usually sneak up on their prey at night and, because of their colour, are easily missed. They are stealthy and usually the prey doesn’t know the tarantula is approaching. When the prey is within reach, the tarantula paralyses it with venom and then uses digestive enzymes to turn it into a soupy liquid.

When a tarantula feels threatened, he uses his hind legs to scrape barbed hairs from his abdomen and the hair shoots directly in the direction of the threat. The hairs cause a rash where they land and can cause irritation. It is obvious when a tarantula recently felt threatened because of the bald spot on his belly; it is also a weak spot for other predators. Tarantulas’ venom isn’t toxic to humans. The bite of a tarantula is equal to a bee sting (in toxicity) to humans.

Tarantulas have thin skin, especially around the abdomen. A fall from a short height (such as that of a 10-year-old boy) can end in a tragic death for the tarantula. The fall ruptures the exoskeleton (the ‘shell’ around the spider), which causes instant death. It is advised to handle a tarantula with care as they are easily spooked.

Since a fall from any height can be fatal to tarantulas, they need good grip, especially when climbing. They have special retractable claws (like a cat, yes) at the end of each leg. This ensures a firm grip on whatever he is attempting to climb.

They have the ability to regrow severed legs. Throughout the tarantula’s life he undergoes several moulting processes (shedding of skin to make way for growth) where he replaces his exoskeleton. This process gives the tarantula the ability to repair said damage. The age of the tarantula as well as the time period in which the leg was lost play a role in how successful the regrowth of the new leg is. Sometimes the new leg is not quite as long as the others, but through more moulting processes the leg can regrow to the normal length.

Looking at the behaviour of a tarantula can show you when he is feeling threatened. The first sign is that he will adopt a ‘passive defensive’ stance. This is when the spider lifts one or two legs and his body remains relaxed. This stance is considered as the first warning sign and gives the intruder enough time to escape if they wish to.

The second sign that you should back away is usually when his first two legs and pedipalps (pinchers) are fully extended into the air. The thorax (between the neck and abdomen) is usually also lifted, which indicates the seriousness of the situation. The stance is usually followed by a strike. Tarantulas do not usually bite, but if someone tries to approach the spider in this stance, chances are they might feel some fangs.

No spam, notifications only about new products, updates.
PrevPreviousElephants forced to perform tricks at Johannesburg Zoo
NextTraining your cockatielNext
On Key