Cancer is no longer a death sentence 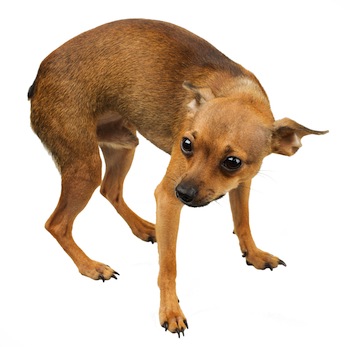 I came across some crazy stats on how cancer is the cause of death in 50% of pets. In my experience, and as sad as it is to say, I would tend to agree with this figure. While it is not only limited to older dogs and cats, the majority of its victims are over 10 years of age. It is also a lot more prevalent in dogs than cats, and in dogs there is a greater hereditary component than in cats.

How do you know when your pet has cancer?

The following symptoms are indications of cancer in your pet, but are not a diagnosis for cancer: the obvious is a growth or lump on or under the skin, change in behaviour or loss of appetite, vomition and diarrhoea, a sudden or gradual loss of weight, lethargy, difficulty breathing, pale pink gums and becoming lame.

Here are some of the more common cancers we see as vets:

This is one of the most common cancers occurring in both dogs and cats. Dogs present with enlarged swellings of the lymph nodes of the neck, shoulders and behind the knee. In most cases this cancer in dogs is considered treatable with the occasional aggressive type unresponsive to any form of treatment.

In cats this cancer is often associated with feline leukaemia virus. Cats will present with breathing difficulty and/or vomition and diarrhoea depending on what part of their body is affected.

Bitches who have not been spayed are more prone to developing this cancer due to the hormonal influence. If caught early, before the cancer has had a chance to spread, surgical removal can be curative.

This cancer is usually only detected once it is already too late. Dogs present with a distended stomach and can end up bleeding to death internally. If this cancer has not yet metastasised, surgical removal of the entire spleen will prolong the pet’s life by approximately six months.

Older dogs will be brought in to the vet as an emergency because they are experiencing seizures or showing neurological signs. This is diagnosed on MRI and treatment is mostly uncomfortable.

This cancer is of the histamine-producing cells and is mostly seen as growths on or under the skin. It can be very aggressive, but if caught early enough surgical removal followed by chemotherapy can put your dog into remission.

Two common skin cancers in both the cat and dog are squamous cell carcinoma (SCC) and melanoma. Melanomas are dark in colour and ruthless if they occur in the nail beds, mouth or iris of the eye. SCC occurs on the non-pigmented skin and is often seen on the stomachs of dogs, and the ears and noses of cats.

Bone cancer, lung cancer, bladder cancer, cancer of the mouth and nose, and testicular and prostate cancer are also common occurrences in dogs.

How treatable is cancer in pets?

Nowadays cancer is not a death sentence. The prognosis will depend on what type of cancer your pet has, where it is situated in his body, and how far along the cancer is.

People are often very surprised to hear that treatment protocols for cancer in pets are very similar to those for humans. Treatment options include surgical excision, radiation and chemotherapy. Pets also experience the same side effects from chemotherapy and radiation as people.

Prevention is, however, difficult when it comes to the C-word as we don’t know exactly what the cause is. A better strategy is to be familiar with the clinical signs of cancer and if you notice any change in your pet to take him to your vet. Early detection and treatment could save your pet’s life.

The full article, as well as other veterinary tips, appears in the May issue of AnimalTalk.