Frank and Fearless – the conservation-themed movie 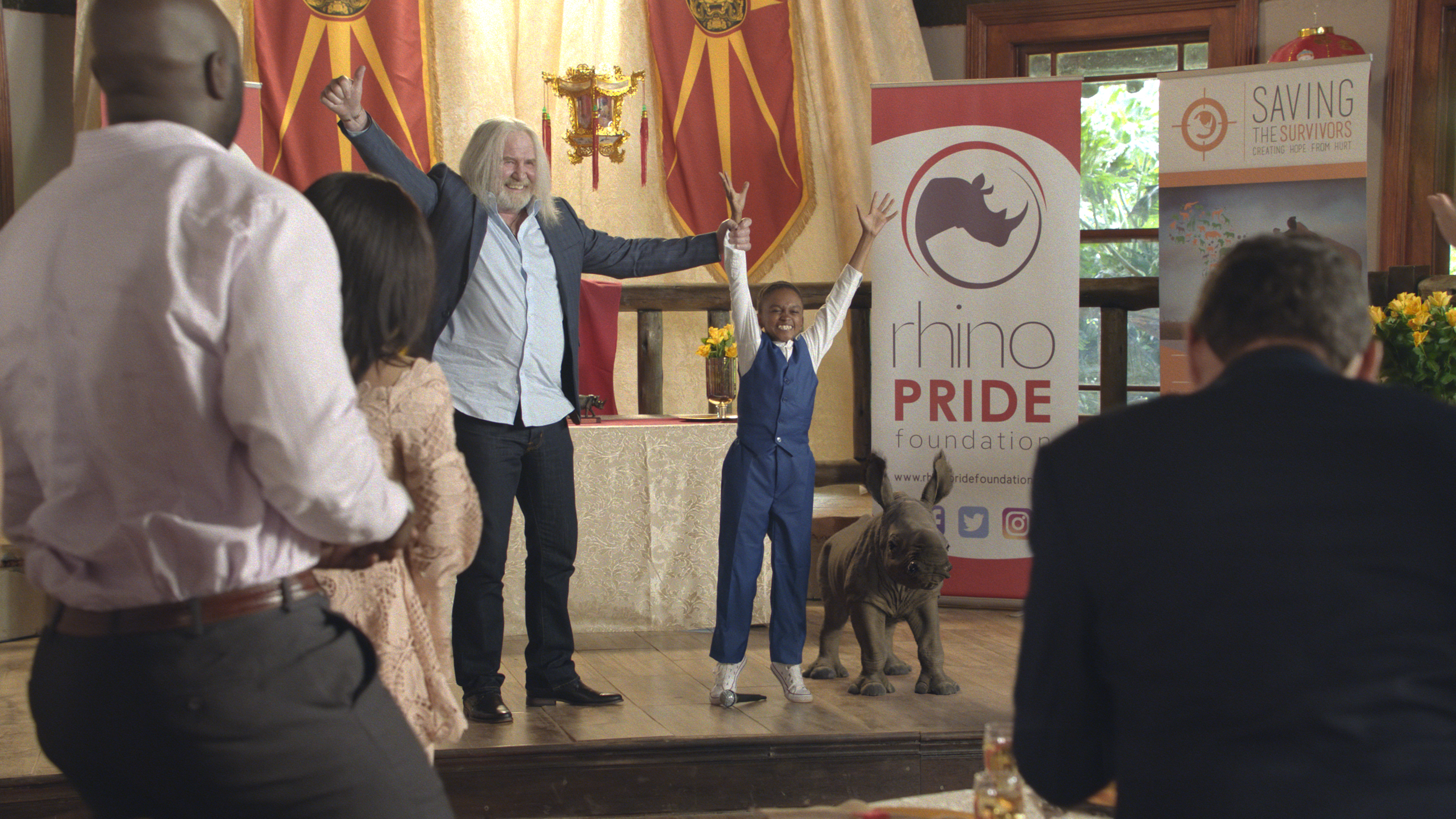 Leon Schuster and Gray Hofmeyer’s latest comedy, Frank and Fearless, is all about rhino poachers, starring a beautiful Rottweiler and a baby rhino. Animaltalk spoke to Gray Hofmeyer, co-writer and filmmaker, about the strong conservation theme and the characters in the movie.

Watch the trailer of Frank and Fearless

What inspired you to make the movie?

Leon and I have over the years spoken about the SA film The Gods Must Be Crazy and that part of its attraction to an overseas audience was its African-ness. And four years ago we were talking about what makes Africa African. And as we got through the clichés of beauty, the bush and the animals, we were stopped by the killing and the selling of their body parts – the tragedy so many of our animals have to endure, especially the rhinos. And we asked ourselves, do we have the guys to tackle that?

How do you think this movie will achieve its goal?

Tragedy and comedy can run side by side, as much in dramatised fiction as in real life. In fact, they complement each other.

We have all the comedy implicit in a road movie about four diverse and wacky individuals, whom we grow to love, on an impossible quest, trying and failing to overcome their differences and the obstacles and evils they encounter. Which is funny. And also very emotional, not just for the characters themselves, but also for the audience watching. And it is all set in a powerful story with a powerful message. Laughter and tears can follow one from the other very quickly and with very high emotion.

My objective is to get across a very important environmental message to as many people as possible, all over the world,especially to children, through the medium of popular, commercial entertainment.

The film is very funny, moving, exciting and entertaining.

How long did it take to make the movie – how does it compare to other movies in the Leon Schuster franchise?

The script was four years and 14 drafts in the writing;this was long. The shoot was late in 2017 and was supposed to be seven weeks,but we went half a week over because of rain in December. We have been in post-production the whole of this year, a very long haul. No other Schuster film has taken anywhere near this long. The reason is that there was a great deal of computer graphics and 3D animation required.

Where was the movie shot and how involved are the owners of the premises in conservation?

We shot the interiors and urban exterior scenes all in Johannesburg, though it went as Pretoria. The bush scenes, which were about half of the film, were shot out in Broederstroom, Hekpoort and beyond, much of it on Glen Afric. Everyone out there is involved in conservation.

We particularly got a lot of assistance from the Rhino Pride Foundation and their associates – what a great organisation! Late in the post-production process the Department of Environmental Affairs came on board as the primary sponsor, together with SAN Parks. We could not have pulled this off without them.

Is there anything else that you would like to mention about this movie and its conservation theme?

I have learned that many impoverished rural people do not see the rhino slaughter the same way that Third-World people do. These are the people who are employed by the cartels to do the killing. To a hungry, poor person a rhino killed is a source of food or cash, like killing a dassie or a sheep. Without solving the economic and unemployment problems of Africa the battle against poaching will continue.

I am impressed and proud to be associated with a particular SAN Parks initiative – to take our film Frank and Fearless into the rural areas around the Kruger Park and show it in school and community halls to people of all ages. We would have to dub it into at least three languages. Now that’s getting the message to the right people.

(This is one section of the interview. For more, read the January 2019 edition of Animaltalk.)