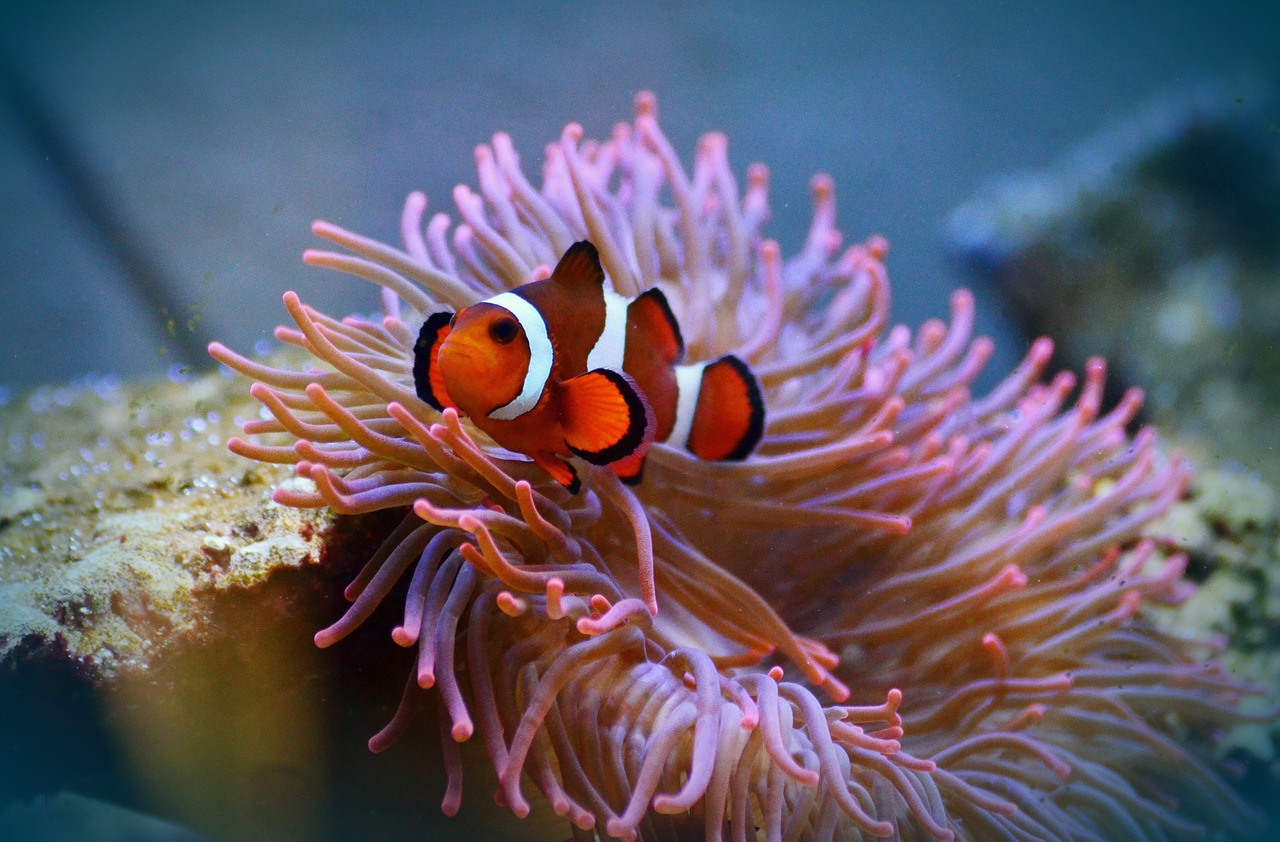 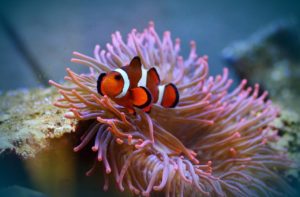 Sea anemones are very interesting creatures, providing food and place to hide for many sea animals. But how much do you know about the sea anemone?

Sea anemones look like ocean flowers, but they are actually classified as marine animals. There are some arguments about the sea anemone’s classification. Some say that it is half plant, half animal, but in 2014 it was reclassified as an animal because the anemone is a member of the invertebrate family. The reason why scientists are so confused about whether it is a plant or animal is because of the anemone’s plant-like genetics.

2. They have a lookalike

Like the jellyfish, the sea anemone does not have a skeleton and possesses stinging tentacles. This is why the sea anemone is classified as a member of the invertebrate family. ‘Invertebrate’ comes from the Latin word vertebra, which means joints in general. Invertebrates are animals who do not develop a spine. Other invertebrates include insects, crabs, lobsters, snails, clams and worms.

There are more than 1,000 species of sea anemones. The anemones can be divided into 46 families. They congregate in all colours of the rainbow to camouflage themselves among the plants on coral reefs. The bright colours attract fish, making it easier for the anemone to catch prey. The sea anemone can be as small as 1.27cm or can grow to roughly 183cm in diameter. Some sea anemones can live for as long as 50 years.

5. An anemone has many friends

Although these animals cling to coral reefs, they are able to move around, either by using their tentacles to crawl on the ocean floor or by clinging onto other creatures like hermit crabs. The crab gladly allows the anemone to hitch a ride, as it provides the crab with camouflage, allowing him to catch more prey as he moves about the ocean floor.

6. What does an anemone eat?

Sea anemones are classified as carnivores, meaning they only eat meat. The sea anemone eats all kinds of meat, as long as it contains the protein needed to stay alive. They eat plankton, mussels, small fish, shrimp, small crabs, worms and any other meaty food that ends up in their tentacles.

Sea anemones’ tentacles are triggered easily: even a slight brush against the tentacles will cause the anemone to fire stinging structures called nematocysts. They inject the prey with toxins, paralysing it instantly. They use their tentacles to guide the paralysed prey into their mouths.

8. Clownfish are tenants of sea anemones

As seen in the movie Finding Nemo, clownfish live among these creatures’ tentacles. A special slimy layer protects them from the sting of the anemone, making them invulnerable to the anemone’s toxic tentacles. The clownfish also helps to keep the anemone clean by cleaning the tentacles and eating the leftover meat that the anemone does not eat.

Some sea anemones are toxic to humans. They are not easy to recognise, as they are camouflaged among the brightly coloured coral plants. The symptoms of an anemone sting are easily treated.

Sea anemones use their mouths not only for eating, but for pooping as well. They are not the only animal to do so. The jellyfish exhibits the same behaviour. Anemones have no need for separating orifices (an opening such as a nostril or anus) for eating and pooping. Jellyfish and sea anemones have one orifice that does the job of both the mouth and the anus. Let’s hope they don’t have taste buds!

No spam, notifications only about new products, updates.
PrevPreviousSpot the leopard
NextArrests made for capture and abuse of cheetahsNext
On Key