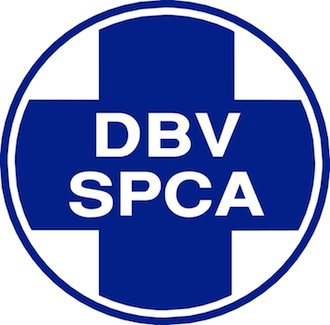 In South Africa there is an exploding trend of intensively breeding certain wild animals, mainly antelope and to a lesser degree lions for unnatural colour mutations or morphs.
This is done for profit as the novelty of these colours has created a demand all on its own. This type of breeding or management of wildlife has absolutely no benefit to the individual animal, the species, biodiversity or conservation as a whole.

In terms of animal welfare, the main concerns are:

As colour mutants and hybrids are selectively bred, manipulated and are worth a large sum of money they are farmed intensively as opposed to the usual extensive farming that is done with most antelope in South Africa. As soon as wild animals become intensively managed farmed animals, serious welfare concerns arise and cruelty occurs.

When this is translated to live animals very unethical practices are used to increase profits. This includes confining animals to the smallest spaces possible, feeding animals unnatural feeds (often containing enhancement drugs) to increase production or size, removing young animals before they are weaned, and physically altering or maiming animals to prevent them from injuring one another. Animals are housed in small camps that are securely fenced.
These camps/cages are often barren with the bare minimum provided in terms of shelter and grazing.

Inbreeding and loss of genetic diversity:

Inbreeding is actively practised and used to create these colour mutations and species are intentionally hybridised to create oddities.

The physical effects of this inbreeding are clearly visible and we have seen the following physical ailments at predator farms: blunted and shortened faces, corkscrew tails, leg deformities, cubs born with missing limbs and cleft palates, eye and heart defects and neurological problems.

Colour mutant antelope are well known for being prone to skin cancers, heart and eye complications along with others.

Inbreeding causes a variety of ailments including sickness, deformities, sterility and infant deaths.

Loss of Disease and Parasite resistance.

With intensive farming of animals comes associated chronic stress and distress which leads to decreased production and illness. To counteract this farmers often resort to supplementing feed with antibiotics and other growth supplements.
With wild, free ranging animals they have natural immunities that make them able to cope with parasites and some diseases, but once in captivity or farmed intensively these animals are very prone to disease and illness.

Persecution of Predators and Injury to other wild animals.

Due to the high financial value of these colour morph antelope, farmers take extreme measures to protect them from their natural predators. It is morally reprehensible that wild predators are being persecuted for predating on their natural food sources.

Lack of suitability to environment

Due to the inflated prices of these animals there is fraud occurring with normal animals being sold for high prices as guaranteed to throw split colours etc… We have received complaints regarding this as the animals purchased have never sired colour animals.

Lack of contribution to bona fide conservation, education and research therefore an unjustifiable use of wild animals in captivity:

Intensively farmed antelope and predators should be seen as completely separate to their wild counterparts. They have absolutely no benefit to the conservation and protection of their kind in the wild. Facilities that house wild animals in captivity should not be able to breed these animals unless the animal is endangered and the progeny form part of an ex situ population base to ensure the return of surplus progeny back to the wild.

Other commercially farmed production animals are subject to regulations and strict controls regarding slaughter methods and processes. Farmed wild animal slaughter is unregulated and often inhumane methods are used. When an animal is hunted there is no way of ensuring a quick, humane death.

Even in canned lion hunts when the lion is encaged in a small area, it is exceptionally rare that a hunter will kill a lion outright with one shot. Hunters make use of a shot to the lung area in the hopes of severing the aorta. This is rarely achieved and majority of the shots are lung shots which lead the animal to choke on its own blood over an extended period of time. Novel methods of hunting such as the use of bow and arrows add even further cruelty.

The Game Meat Act is not finalised and these intensively farmed animals put people at risk if they are consumed as they do not go through the Meat Safety Act. Other intensively farmed livestock used for ingestion are controlled by rigorous standards and conditions – abattoir, meat safety inspections etc…

In the interest of human safety, animal welfare and biodiversity we appeal to our government to ban the intensive and selective breeding of wild animals in South Africa.

Source: Press release from the NSPCA

No spam, notifications only about new products, updates.
PrevPreviousLeap Day for frogs on 28 February
NextRoxy Blows chats about World love for dolphins dayNext
On Key