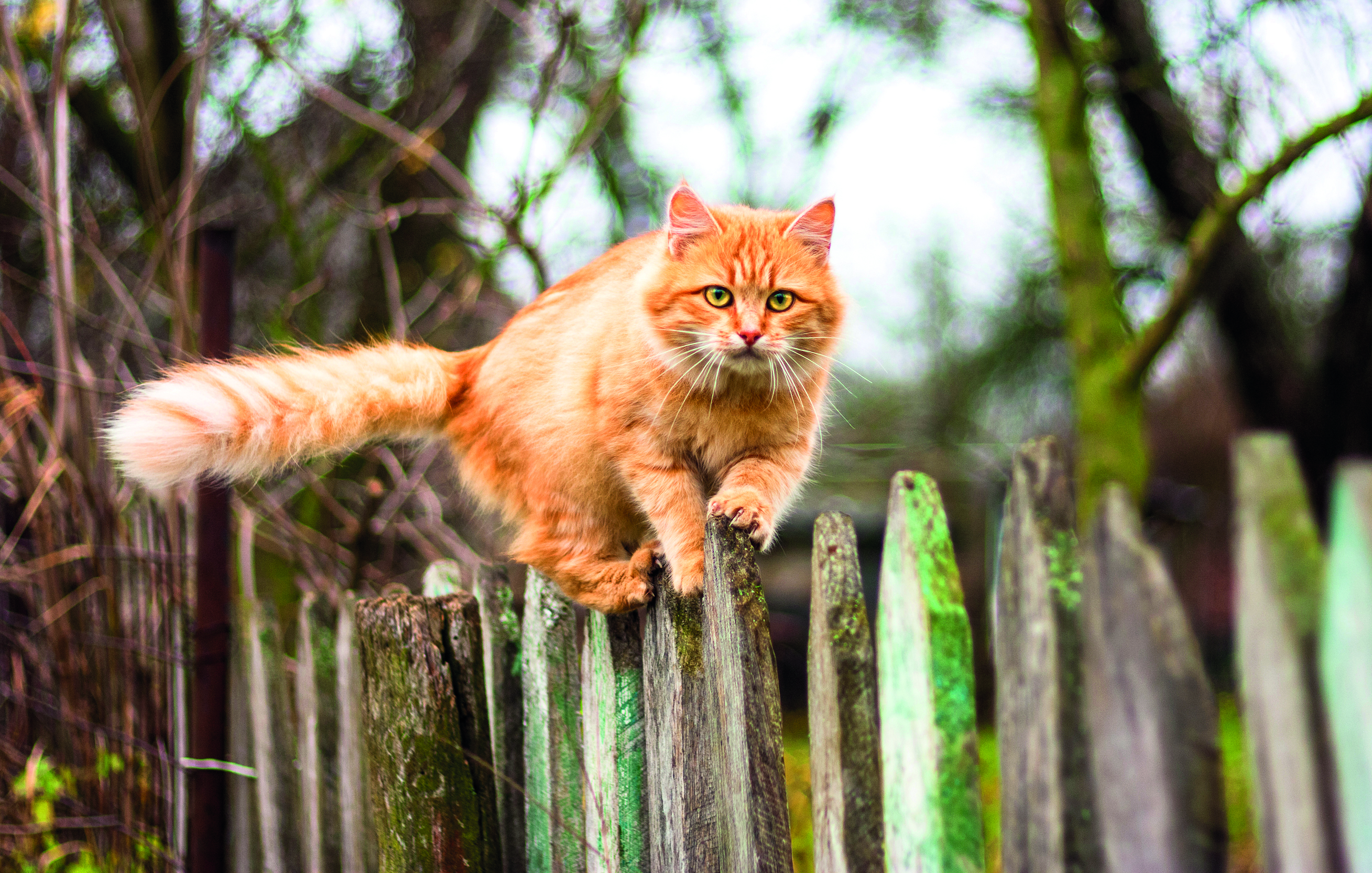 Call it feline intelligence or survival skills, domestic cats have developed certain talents that help them adapt to most environments

Our perception of intelligence has long tended to be largely confined within humanocentric parameters. This has blinded us to the different forms of intelligence outside our scope, especially when of no service to us. For example, our benchmark quite rightly allows exceptional musical, acrobatic or sporting skill in humans to be recognised as talent, which of course is a form of intelligence.

The many diverse and exceptional skills peculiar to other animals are customarily and unfairly dismissed as merely ‘instinct’. Yet it ought to go without saying that what we call ‘instinct’ is really innate intelligence, consisting of qualities that vary not only between, but within all species, and which may be developed by association and nurture in tandem with natural evolution, as in the case of domestic animals.

1.They can solve problems

Another attribute of cat intelligence long unacknowledged and thought to be exclusive to primates, is the ability to combine a learnt skill with insight in problem-solving. These are known as ‘learning sets’. For example, cats were trained to pull boxes on wheels. The cats were able to teach themselves that by pulling a box to an area where food was suspended out of reach, the box could be used as a platform to gain access to the food. While this finding is considered a revelation, it is doubtful that it would surprise those of us who live with cats.

We have so much yet to learn about cats, but some recent intelligence tests provided exciting answers. For example, cats were taught to press their noses against certain objects in return for a treat. The object was then placed in a cup, taken behind a screen and secretly removed, and the cup returned empty. When the cats were released, most proceeded straight to the screen to seek the missing objects. The trials were made more complicated, and still the cats were able to solve many of the problems that were posed.

The number of odour-sensitive cells in a cat’s nose. Humans only have 5 million.

The peripheral view of a cat’s eye. Humans can only see 180 degrees

2.They always land on their feet

Cats display incredible balance and agility thanks to the fact that their hind-brain is highly developed. They also have a superior message system between the end of their spinal cord and brain, while their inner ear (where balance is controlled) is also highly developed. Their small size and light bone structure also help to improve their agility and balance.

3.They can tell time with great accuracy

We know that cats have acute hearing, but trials show that they also have the ability to discern minute differences in the duration of a sound. In a test, cats were restrained for either four or five seconds. Depending on the length of the restraint, the subjects were given a treat from a feeder either to their left or right. They were found to be able to distinguish which feeder to approach for the food, dependent upon the fractional differences in duration of restraint that preceded release. Thus, we see that they have an internal clock that can time events with astonishing accuracy.

As many of us are aware, cats are able to learn by trial and error, and by imitation and observation. They can be adept at switching lights on or off, opening cupboards, doors and windows, and so on. One of my own cats used a bedside table as footing to enable her to reach and release a door handle, obliging me to lock the door. I recently observed a cat using and flushing a toilet. Many readers will be able to relate similar experiences of cat inventiveness. If you are fast enough with your smartphone, please film your cat and share your videos on Animaltalk’s Facebook page.

5.Their paws are highly manipulative

6.They have extraordinary homing skills

Cats combine these methods with mental maps of their surroundings, which they construct from fleeting assessments of notable features, like the trunk of the leopard tree. These are not retained long in the memory, but still, the longer the area has been under investigation, the better the mental map will be. As in other areas of cat intelligence, there is an alarming scarcity of research on the ‘homing instinct’ attributed to cats. Many of us with experience of cats will be aware of the amazing navigational skills which paradoxically enable them to rapidly select the right course to exit a complex maze or to find their way home across uncharted territory and distances of many kilometres. Because of their unmistakable behavioural change when in the car and approximately two kilometres from home on our return from a visit to the vet, with no outside view from the vehicle to serve as a yardstick, I have no doubt that cats have a sense of orientation that is not yet fully understood.

8.They map out their world using all their senses

Cats map out their world differently to us, and this may explain why some of their behaviours or mannerisms don’t make sense to us. Cats form a three-dimensional view of their world, incorporating such things as branches, walls and so forth, as well as utilising smells which represent various markers, such as territorial borders.

When a cat insists on taking meandering routes, she is relying on an orientation method that maps the way according to her relative position. This map may read something like, ‘turn left at the trunk of the Caesalpinia tree with the intact tom’s urine and scratch marks, then pass under the Brunfelsia shrub’. If we were to remove those markers, we would be momentarily disorientating the cat who may find the change somewhat stressful, for she would need to find a new way to calculate how recently the healthy young tom passed by, if at all, and re-map a safe return home.

No spam, notifications only about new products, updates.
PrevPreviousThe Chinchilla
NextHow to puppy-proof your homeNext
On Key