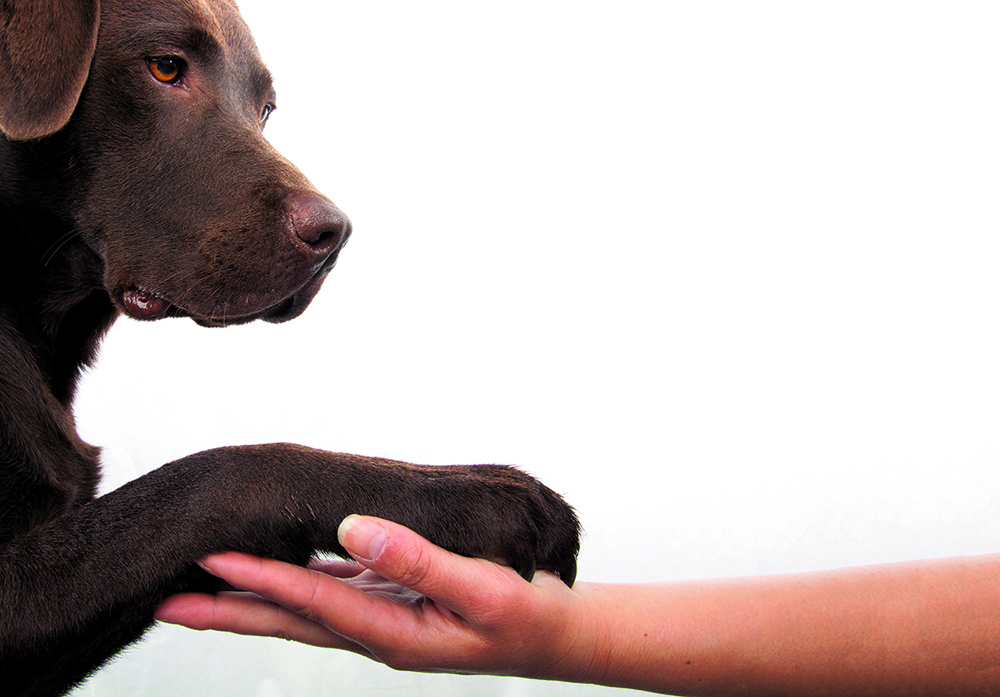 Dogs have been living in close proximity to people for 15,000 years and during this time they have channelled their natural talents to develop some really amazing skills.

Most of us are aware that dogs are intelligent beings with superior senses and some particular abilities that far surpass that of people or machines (for example, they have 10 times the number of smell receptors compared with people and can detect odours better than any machine on our planet). But do we really understand just how talented our best friends are? In many cases, the answer is no, simply because there are still many aspects regarding canine behaviour we have not properly researched. Here are 10 things we do know that they are good at.

1. They can solve problems

Many working dogs need to use their own initiative when solving problems that they encounter in their working day. A creative example of this (Vines 1981) was documented when

a working Sheepdog was experiencing difficulty in moving a stubborn ewe. After contemplating this difficult charge for a few moments, the Border Collie returned to the rest of the flock and broke off a group. She then herded these to the errant ewe and was thus able to move the animal along with the rest back to the main herd. If this doesn’t show an ability to think, involving insight as well as seeing something from another’s perspective, then I don’t know what does.

2. Canines are masters of human ethology (study of human behaviour)

Their extraordinary ability to read us has made them invaluable for epileptics. They are able to detect minute indicative changes in their human’s manner 10 to 15 minutes before an epileptic attack. This allows the patient to retreat to a safe place and avoid injury. Confidence is thus gained by the sufferer who no longer needs to dread an unexpected attack. An unfortunate consequence of this ability is often experienced by agility handlers during competition. The dog is confused by subtle changes in the nervous handler’s body language and yet the handlers themselves are unaware that their fluid movements have suddenly become stiff and jerky and their bodies tense and wooden.

3. They have an uncanny ability to know the time

Many owners will have experienced their dog’s ability to know precisely when it is time for dinner, a walk, or for their human to return from work. How they do this is not yet fully understood. Circadian rhythms may help to explain some of these phenomena. Circadian rhythms are behavioural, physical and mental variations that follow an approximate 24-hour cycle in response to fluctuations of light and dark in the environment.

4. Learning by imitation and observation 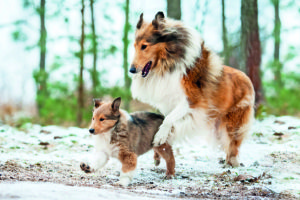 There is a new training method that uses social learning to train dogs. Social learning is acquired by observing and copying the actions of others. Until very recently it was thought that learning through imitation was not possible in animals other than humans. In a study of drug detection, dog researchers found that drug detection puppies in training learnt much quicker if they were allowed to watch their mothers working. At the University of Budapest’s Ethology Department, dogs faced with unsolvable tasks looked to their owners for help whereas the wolves persisted on their own. The predilection for visual contact is the starting point of communication. It is interesting to note that this tendency in humans preceded verbal language, and in dogs is a consequence of domestication, which has resulted in their forming such a strong communication network and unique bond with us.

5. They are able to sense another’s perspective

Are dogs aware of what others can and cannot see? In tests at the Max Planck Institute, dogs were shown a treat behind a barrier that concealed the food from the view of their human guardian observers. They were shown to be more inclined to eat forbidden food when their humans couldn’t see them. Many of us will have experienced this in our own kitchens. Guide Dogs indicate an awareness that their person cannot see them, so they make sounds to get their attention. This shows an ability to surmise what another is able or unable to see, and to adjust communication to accommodate the disability.

6. They have incredible noses

Dogs are capable of detecting cancer in its very early stages, making a better prognosis for the patient possible. A biomedical research article (2013) by Harvath et al. tells us: “Repeatedly the dogs were able to identify with certainty 20 microscopically verified ovarian cancer cells. It is impressive how this very low limit of detection allows dogs to signal probable future recurrences that could not be diagnosed by other methods for another two to three years.”

Whiskers are found on a dog’s eyebrows, chin and on the side of the face. These are twice as thick and three times more deeply embedded than normal hair. They are extremely sensitive to touch and are able to detect minute vibrations and changes in air currents.

8. They can read emotions in humans’ right-side bias

Psychological research at the University of Lincoln has demonstrated that human faces are asymmetrical and that our species reveals emotion more in the right side of the face than the left. We subconsciously direct our gaze to this side in order to read emotional information in a face that we encounter. As far as we know, only the dog shares this ability with us. It has been shown that dogs apply this right-side gaze only when reading a human face.

9. They have lots of emotional intelligence

In The Dog Project neuroscientists set out to discover ‘What dogs think’ and ‘Does my dog love me?’ This 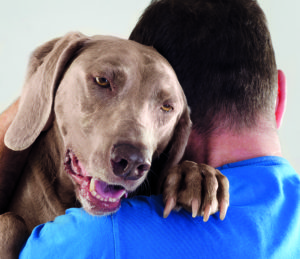 they achieved using a technique for measuring brain activity (fMRI or functioning MRI). If dogs are given a scent from their favourite human in MRI, the part of their brain is activated that plays an essential role in learning and storing memories and has also been shown to be activated in love-struck men and women. This tells us that the dog thinks of the person with affection. The patterns of brain indication are remarkably similar to those seen in humans when shown pictures of people they love. Data showed that the dog thinks of people who are important to him even when they are absent. We make a lasting impression on dogs who undeniably appreciate and care about us in addition to trying very hard to understand and learn from us.

10. They can master language and abstract skills

In tests involving a very smart Border Collie, Betsy, who has a verified vocabulary of over 300 words, her ability to connect a two-dimensional picture to a three-dimensional object was demonstrated. Betsy was shown a picture of a certain toy she’s not seen before, and then enthusiastically asked to find the object it represented. Betsy was successful at returning with the correct object, or a photograph of it. Another dog, Chaser, being guided by Professor of Psychology, John Piley, has demonstrated a vocabulary of over 1,000 words as well as an understanding of verbs, direct objects and indirect objects. She can also understand instructions such as ‘take A to B’ or ‘take B to A’. Prof Piley believes that as a highly social species, dogs are learning our language because they are able to connect with us on an emotional level.

No spam, notifications only about new products, updates.
PrevPreviousQ & A: Why does your dog eat soil?
Next10 cool things about penguinsNext
On Key