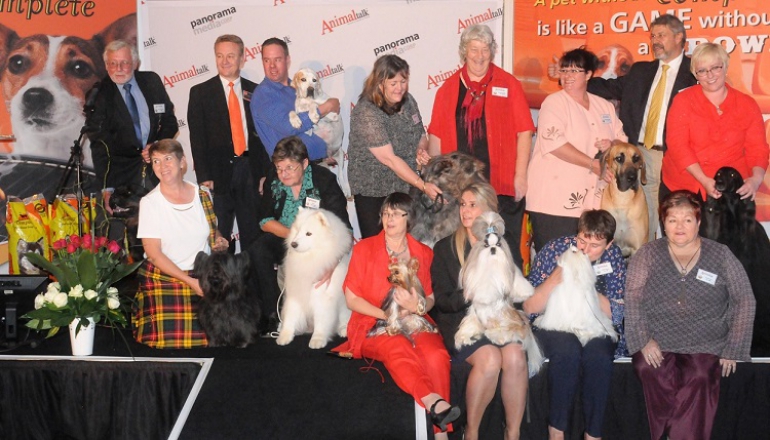 All KUSA registered dogs and bitches are eligible. Eligibility is automatic – no forms or fees are required.

All references to dogs are intended to include both male and female animals.

Points will be awarded at all KUSA recognised Championship Dog Shows (excluding FCI and or CACIB shows) held by All Breeds Clubs or Group Clubs between 1st January and 31st December of the relevant year in the KUSA area of jurisdiction.

No points will be awarded at Specialist Breed Club shows, or shows held by clubs which represent fewer breeds than a complete Group, e.g: Gold Reef Sighthound Club and SA Short-Legged Terrier Club do NOT represent full Groups.

At Group Club shows, points will be awarded for 1st to 4th in the Group as at an all breeds show.

If 10 dogs are entered for an award, the winner will earn 9 points (10 minus himself)

Number of dogs beaten will be calculated as follows:

Best in Show: Total number of dogs entered in breed section of catalogue, minus 1.

Group 1st: Total number of dogs entered in relevant Group, minus 1. In the event of a Group Winner going on to win Best in Show, or Reserve Best in Show, these points immediately fall away.

Points earned at any one show will be non-cumulative: i.e. a dog winning Best in Show will immediately drop his Group 1st points and earn 1 point for each dog beaten at the whole show. He will NOT gain double points for beating the dogs in his own Group.

Calculations of number of dogs beaten will be based on number of dogs entered in the relevant show catalogue as published on the day of the show. No account will be taken of whether dogs were present or not. Only dogs entered in the breed section of the official catalogue will be counted. Late entries, omissions and entries listed in any addenda appearing after the show, will not be taken into account.

Whilst every precaution is taken, Panorama Publications (and/or any Sponsors) assume no liability or responsibility for any errors or omissions that may occur in these Ratings. Decisions made by Panorama Publications (and/or any Sponsors) on all matters pertaining to the Ratings, including points’ allocation, are final and no correspondence will be entered into.

There are 10 breeds entered in the Gundog Group and the entry numbers are as follows:

The Golden Retriever is placed second, he gets 89 points, i.e. 100 (total in Group) minus 10 (number of dogs in Group Winner’s breed) minus 1

Points are being earned at the following shows:

No spam, notifications only about new products, updates.
PrevPreviousPart 6 – Puppy class fun
NextRaising awareness for animals at GeekFestNext
On Key