10 Monstrous bugs that are freaky 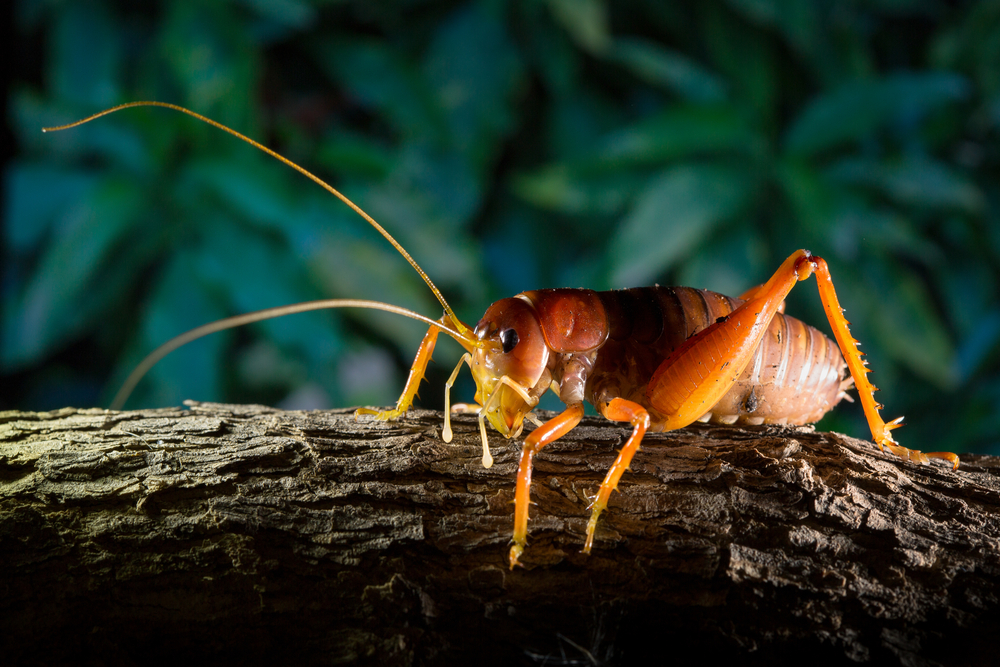 In the number 10 spot, the cause of at least a million deaths a year – not through their bite, but through transmitting deadly diseases such as malaria – are mosquitos. These insects suck blood through a miniscule hole they make with their tube-like mouthparts. Worst of all, these irritating bugs are found all over the world (except for Antarctica and some islands like Iceland). Be sure to spray mosquito repellent when you’re in a malaria risk area.

Rated number nine because you need an entire can of insect repellent to kill this guy, it jumps about a meter high and makes grown men cry. This insect is mostly found in, you guessed it, Parktown in Johannesburg, South Africa. It originated in Namibia and in the 1960s it popped out of nowhere in Parktown. This insect may not be venomous, but it is still on the freaky side. When threatened, the Parktown prawn releases a black faecal liquid with a horrid smell. Best be well prepared when trying to approach one of these monstrous bugs.

These bugs aren’t usually seen during the day – they search for fresh blood at night. They carry the parasite that causes Chagas disease, and can infect humans and animals. But, the disease isn’t transmitted through their saliva, it’s transmitted through their faeces. They got their name because they prefer to bite humans on their lips. The fact that a bite of the kissing bug doesn’t hurt, leads to the reason for it often going unnoticed. These bugs are found throughout America, in 28 states. Do not touch one of these bugs with bare hands – the disease can also be transmitted in this way.

Once these tiny insects attack, there’s nothing stopping them. They’re able to chase their enemy for 1.6km and usually aim for the face and eyes. They usually attack when they feel threatened and only stop once their victim is dead (in most cases, that is). Killer bees are mainly found in America, especially the North and South of America. Their superpower earned them the number seven spot on our list.

Although they are not so venomous to humans, they could trigger allergic reactions. There are about 40 human deaths each year because of these yellow insects. These hornets are known to dismantle an entire bee colony in a matter of seconds. Not only do they sting bees, they also tear them from limb to limb. After the mass murder, they use the bees’ larvae as food for their young (laying eggs within the larvae which they feed on once they hatch). They do not sting a victim once, but multiple times to ensure that it dies. These insects can be found throughout Eastern Asia in Korea, China, Indochina, Nepal, India and the mountains of Japan.

Superpower: Ravaging everyone in their path

These tiny predators took the number five spot on our list because of their destructive manner. Your only defence against these guys is to stand still and hold your breath. They are almost blind (they mainly see light and darkness) and detect prey through movement. These soldiers have tiny mandibles they use to cut up their prey until they’re liquidised flesh. Once on the move, these ants eat anyone in their path. They do not build nests like other ants and detect prey also through foraging. They are found in Central America, South America, the whole of Africa and even Asia.

Superpower: Sting that’s equal to a gunshot wound and the pain lasts for 24 hours

Most people pay them no attention, until they get stung. Although these tiny insects do not cause death, they do pack a powerful sting. One sting from these tiny guys and you might be shaking for several days – literally. Their sting feels like being hit by a bullet (thus the name) and can cause paralysis, continuous pain and shaking. They are native to rain forests and they do not attack until they feel threatened. Ranked number four on our list for its unbearable sting.

Aka: Sun spider and wind scorpion

These bugs are in a league of their own – they are considered both spider and scorpion. You might think that these bugs have 10 legs, but think again! The first two are known as pedipalps, which they use for various things. These bugs are known to be ‘fleeing from the sun’, thus the Latin name Solifugae. Red Romans usually prey at night, but when they find themselves outside during day time, they run from shadow to shadow, sometimes giving people the illusion that they’re following them. The painful bite of a Red Roman isn’t poisonous, but it has the power to cut through small bones like those of birds. Heard enough? There’s more. These scary creatures use the hair of humans and animals to build their nests. They retrieve it through cutting it while the person or animal is sleeping. Red Romans are usually found in dry and desert-like parts of the world.

Second on our list because of its survival skills, these bugs are found anywhere where humans are. Like beds in hotels, couches and even airplanes. They feed on human blood. Because we aren’t covered in fur, it gives them a lot of exposed skin. Their saliva contains an anaesthetic that prevents the host feeling the bite. They can survive without food for about five months, and under certain conditions, for over a year. Even worse, a female bed bug lays up to 500 eggs in her lifetime. Some bed bugs live for a year, meaning that a female bed bug reproduces at a rapid rate of one to two eggs a day. Scary, right? But, even worse, they are found everywhere in the world.

These insects have been on earth for more than 200 million years. They lived before the dinosaurs and survived their extinction. They are so powerful that they’re able to survive extreme radiation exposure. The freaky part about this insect is its ability to live for a week without its head. It only dies because of thirst – its inability to drink water is its downfall. This roach doesn’t need its head to survive, because it breathes through tiny holes in each body segment. They can hold their breath for 40 minutes, meaning that they could be submerged in water for over half an hour. Does it get any worse? Yes, they can survive without food for a month and they’re situated around the world, even in the Arctic areas. Now you see why these creepy insects took the number one spot on our list of monstrous insects.

No spam, notifications only about new products, updates.
PrevPreviousThinking of getting a fish tank?
NextCounting down 10 amazing sharksNext
On Key