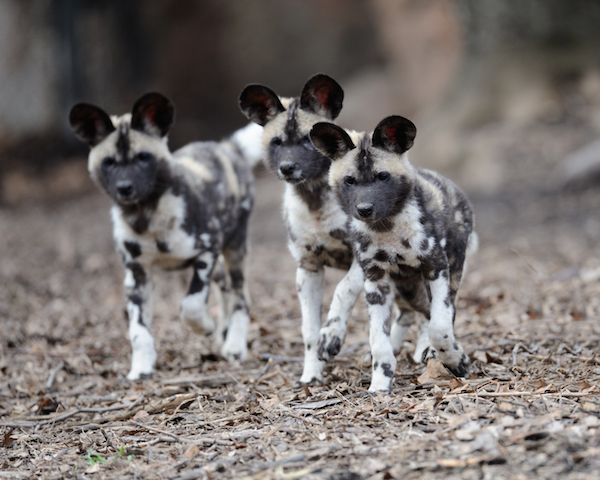 The African wild dog, also called the African hunting dog or African painted dog, is a member of the dog (canid) family and a native of Sub-Saharan Africa. Highly social animals, African wild dogs live in packs and need large areas to hunt. Due to loss of habitat and disease, their numbers have plummeted over the last 50 years and today they are highly endangered.

At the beginning of the 20th century over 100,000 African wild dogs roamed large stretches of wilderness in 39 African countries. Today less than 5% of this population (under 5 000) still survive in about 25 countries. Because they need large hunting grounds and are not stopped by fences, African wild dogs are constantly in conflict with humans. Over the years a range of strategies have been deployed by conservation bodies, but their numbers keep on dropping.

The African wild dog’s scientific name (Lycaon pictus) is Latin for ‘painted wolf’, which aptly describes their colourful coats. Each wild dog has a unique set of patches – usually dark brown, light brown, black, yellow and white. Individuals are easily identified by their patches as no two wild dogs are marked exactly the same. They also have white tips on their tails, which serve as flags to make it easier for all members of the pack to follow when they are hunting.

Are they closely related to domestic dogs?

How can urine help save the wild dog?

The endangered African hunting dog is increasingly coming into conflict with humans, partly because it is difficult to fence them out. But research shows that an unusual approach to keeping them away from people and livestock may offer hope. Promising experiments show that scent marking, using real wild dog or artificial urine, is more effective as a barrier than fences.

Dr JW McNutt, Director of the Botswana Predator Conservation Trust, is working on a project that is experimenting with creating artificial urine to keep wild dogs away from populated areas, in combination with traditional fencing. But how successful has it been so far? We asked Dr McNutt and here is his answer:

“Our ‘bioboundary’ research is ongoing. Because the collection of real African wild dog urine is problematic, we are aiming to create artificial urine that’s close enough to the real thing to ‘fool’ wild dogs in the wild. We are not quite there yet – matching the complex chemistry side of this research with the highly variable short-term observable responses to scent marks by wild dogs in the wild is proving challenging.

“However, we have used actual scent marks to manage a reintroduced pack of wild dogs in the unfenced Northern Tuli Game Reserve in eastern Botswana. These were wild dogs who were originally from a protected area in South Africa that was fenced with the aim of keeping the wild dogs from leaving the park and causing problems in the region among local livestock farmers. But in the first year of their ranging in the National Park, they escaped several times and had to be recaptured and returned inside the fence. This was repeated several times and the efforts required to manage them in the NP eventually led to them being rounded up and put in an enclosure until the managers of the Northern Tuli Game Reserve expressed interest in reintroducing them in Botswana.

“The following two years we managed this pack in Botswana using only scent marks, during which time they were not once handled or recaptured. Our conclusion was that targeted exposure to foreign scent marks proved to be a viable alternative to recapturing dogs who had ranged beyond the boundaries of the wildlife area. When we deployed scent marks on the perimeter of their range, they moved closer to the geometric centre of their range, as they believed there was another pack in the vicinity and tried to avoid a potentially fatal inter-pack encounter.”

The full article appears in the August issue of Animaltalk. Visit CoolMags to purchase your copy.

No spam, notifications only about new products, updates.
PrevPreviousDogs who serve
NextWatch the preview for the movie MAXNext
On Key 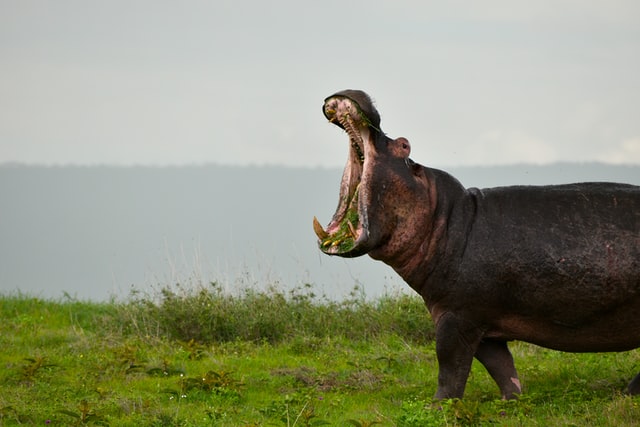 7 cool things about the hippo

There are only two species of hippo in the world – the common hippo and the pigmy hippo. They both live in Africa. Let’s find 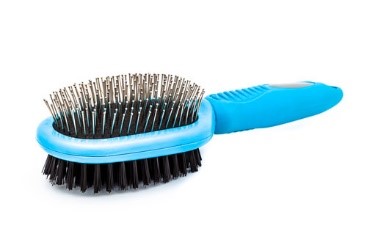 Ideal brushes for your cat

Standing in front of the shelf, with countless brushes and combs to choose from, can be daunting if you don’t know what would be ideal 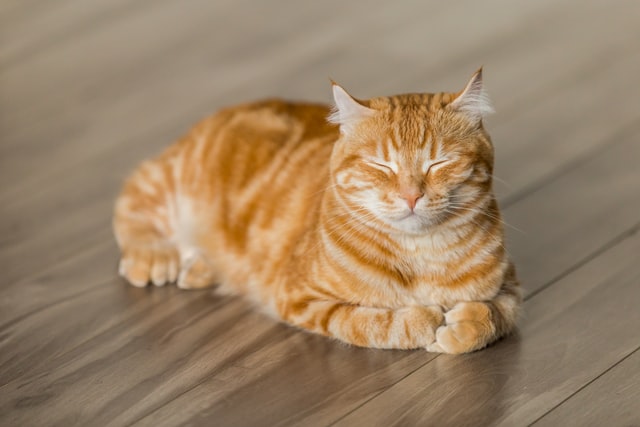 Q & A: Detesting the litterbox

Q: I’ve recently rescued an older cat, but she doesn’t use the litterbox provided. What can I do? A: As she is an older cat, 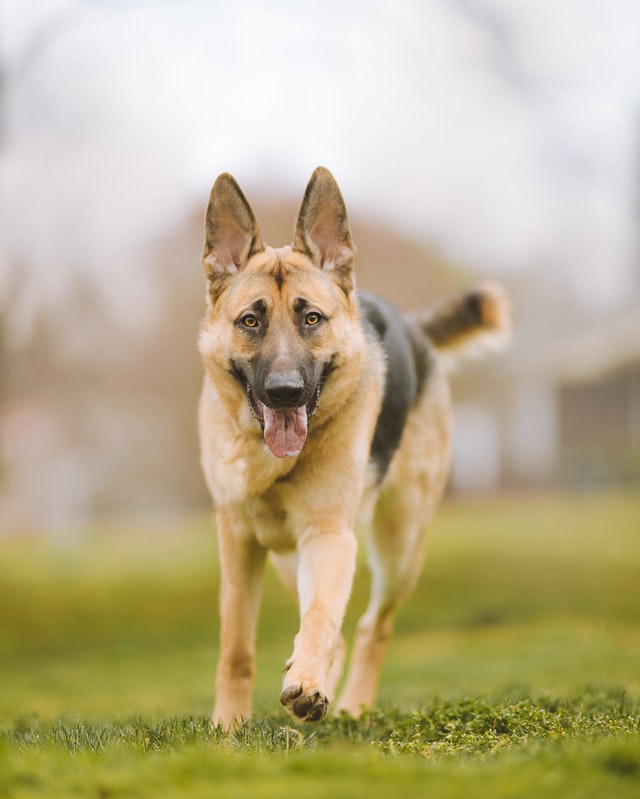 Dogs who are very busy, like active working dogs and sporting dogs, need a specifically formulated diet to take care of the energy they burn