Animals of Cape Town need you 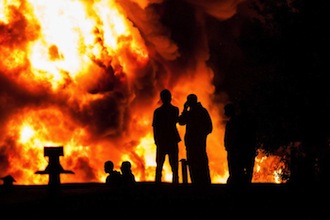 The animals of Cape Town need your assistance

Day five of the devastating fires raging on the Cape Peninsula and firefighters have finally managed to get the blazes under control. More than 2,000 career and volunteer firefighters fought the flames since the fire broke out in Muizenberg on Sunday. A strong southeasterly wind very quickly spread the fire all the way to Hout Bay, Constantia and Noordhoek. A total of 3,000 hectares has been lost so far.

The exceptionally hot weather, with 100-year record temperatures of 42 and 43 degrees Celsius, combined with strong winds turned the southern parts of the Cape Peninsula into a furnace. By Tuesday large areas resembled a moon landscape of torched earth. On Wednesday light rain eased conditions somewhat, but then a new fire started in the vicinity of Cape Point. Firefighters continued fighting the flames, while members of the public assisted by delivering food, cold drinks and other items. By Wednesday a total of 500 people had been evacuated from their homes and all horses and other domestic animals in affected areas were moved to safe locations. No lives were lost, but a number of firefighters were injured. The Domestic Animal Rescue Group (DARG) situated in Hout Bay made contingency plans to move their resident animals, but on Wednesday the Hout Bay Community Policing Forum informed them that they are safe for the time being.

A number of homes are reported to be destroyed or damaged in the fire, but reports are currently still conflicting and a final number will only be established by the city’s fire and rescue service once conditions are safe to enter affected areas.

On Thursday morning Cape Town Disaster Risk Management spokesperson, Charlotte Powel, said: “The fire is under control; we are currently dealing with hotspots in Clovelly and Constantia north. The crews remained through the night and this morning [Thursday] helicopters will go out and inspect the areas.”

Fire forms part of the natural balance in the Western Cape and Cape fynbos vegetation has to burn every 15 years to rejuvenate itself. The last major fire occurred in 2000, so the vegetation will now regrow in most parts. Some areas may suffer damage as a result of erosion when the winter rains start in May, so the situation will require close monitoring.

Animal welfare organisations Four Paws South Africa and the Cape of Good Hope SPCA immediately stepped in and co-ordinated efforts to help rescue animals affected by the disaster. Many wild animals were injured and killed. But a pressing matter are the animals who survived, but lost their home and food sources. They are going to need help over the next months to survive. Members of the public can assist in many different ways, but are also asked to keep certain measures in mind. The following statements were released by these two organisations:

For regular updates on the situations, go to www.facebook.com/FourPaws.ZA.

Our wildlife inspectors have been working tirelessly to assist any displaced animals. We were allowed to access some of the safe areas and were able to perform a search and rescue. We were able to help a small number of tortoises who managed to escape the fires but others were not as fortunate.

Please note that we will only request volunteers to assist us once it is safe to do so.

Requests: Our firefighters are still in need of the following and donations to Fish Hoek Fire Station are more than welcomed and very much appreciated.
* Hot food
* Snacks which they can easily eat with one hand; protein-packed and easily kept in their pocket
* Rehydrate. We will make up packets but liquid hydrate is very much appreciated
* Empty plastic bottles to make up the hydrate and for saline
* Medical supplies, for example eye drops; saline solution; burn spray and cream; cotton wool; muscle cream; Savlon cream and solution

For regular updates from the SPCA, visit www.facebook.com/Cape

No spam, notifications only about new products, updates.
PrevPreviousSupport the #FinnFund
NextViral photo of weasel riding a woodpeckerNext
On Key