Cats in the city 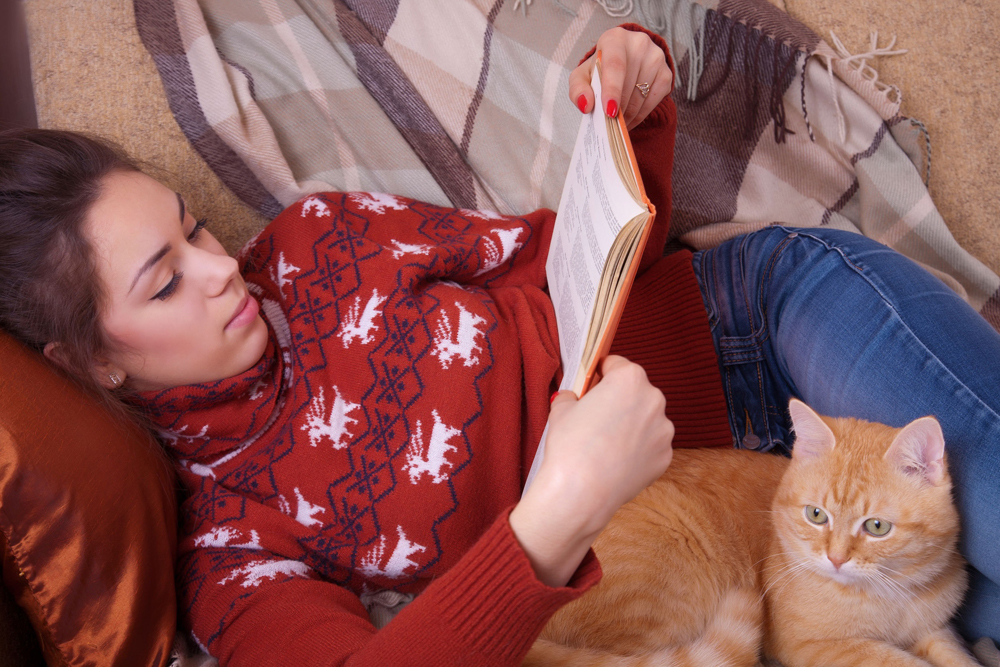 How to choose an ideal cat for townhouse and apartment living; and how to keep an indoor cat happy

A large portion of South Africans live in complexes and townhouses these days. Unfortunately, our cats might not all appreciate the smaller spaces. If you already live in a complex and want to buy a cat, or if you are moving to a complex with your current cats, here are some guidelines for the ideal breeds for townhouses and ways to keep your indoor cats happy.

Choose an appropriate breed
There are some breeds that are more suited to confined spaces. One of them is the Persian. Hundreds of years ago, desert caravans rolled their way through the harsh wilds of Persia. Their precious cargoes of rare jewels and spices sometimes carried another, even more special treasure: ensconced among the valuables was a longhaired cat. Dubbed ‘Persian’ for their country of origin, these cats have become one of the best known and loved breeds of the cat world.

Persians are known for their long, flowing coats and wide open faces. Typically of a sweet disposition, they generally settle down well into most homes. Because they are such special treasures, it is best to keep your Persians inside – that’s why complex or townhouse living suits them so well. Due to the nature of their coats it is necessary to groom these cats every day, as knots and tangles develop easily. It is also recommended that Persians be bathed once a month. Special attention needs to be paid to keeping their faces clean, as their eyes tend to ‘tear’ quite frequently. Although they are a relatively ‘high maintenance’ cat, the reward of owning one is well worth the effort.

More suitable breeds
For those of you who like Persians, but don’t feel up to grooming one every day, there is the option of ‘The Lazy Man’s Persian’, the Exotic. Exotics are bred to meet the Persian standard in every way, with one very special exception: this cat has a plush, short coat unique to the breed, which gives them a soft, rounded, teddy bear look. Although Exotics require much less grooming, they do need the occasional run-through with a comb. These cats make lovable, loyal pets and thrive on apartment-style living.

Another suitable townhouse cat is the British Shorthair. Being one of the oldest English cat breeds, her ancestry can be traced all the way back to Roman times. First prized for its physical strength and hunting ability, this breed soon became equally recognised and valued for its calm demeanour, endurance and loyalty to man. The British Shorthair’s coat is short, dense and firm. It requires minimal care, as the fur doesn’t tangle. Other breeds that are usually happy to stay indoors include the Colourpoint, Chinchilla, Russian, Birman, Sphynx, Ragdoll, Munchkin, Japanese Bobtail, Scottish Fold, Devon and Cornish Rex. Important though to remember is that most breeds will do well indoors if they are kept inside from an early age, well-socialised and are constantly stimulated and given much attention.

Too active for city life
Cats who are not recommended for townhouse living include active breeds such as the Abyssinian, Bengal, Somali, Norwegian Forest and Turkish Van. They also generally prefer more expansive living quarters. When restricted to a confined area, these cats can become destructive and frustrated. They might take to roaming, and the chances of being run over by cars are greatly increased. Turkish Vans, in particular, will simply up and move somewhere else if they don’t like you. It is imperative that these cats are neutered to inhibit roaming tendencies.

A somewhat emotive issue that is attracting interest is the question of whether or not animals are allowed in complexes. Peter Nathan, a sectional title consultant explains. “The keeping of pets is dealt with under the ‘conduct rules’ of the Sectional Title Act. Once a Body Corporate is established, Annexure Nine stipulates that a person can only keep pets with permission of the trustees, ‘Permission of which cannot be unreasonably withheld’. Certain conditions are then laid down.

If a resident does not abide by these conditions, permission can be withdrawn and a pet can be removed. Annexure Nine rules are seldom enforced, however, and ‘conduct rules’ usually take precedence. Under these conduct rules the Body Corporate can stipulate whether or not pets are allowed, or if the resident is subject to certain conditions. For example, pets who reside with residents at the time can remain; however, once they have passed away, they cannot be replaced.”

Rules are there to be broken

A court case in Durban challenged a Body Corporate’s power a few years ago. An old lady owned a small lap dog and wanted to move into a particular complex. The lady had owned the dog for years. On application to the trustees to bring her dog with her, her request was denied. It was refused on the basis of ‘setting a precedent’. The would-be resident took them to court and the judge ruled in her favour, stating that the argument for ‘setting a precedent’ was not valid, as it was an individual case and the dog would not be residing on ‘common property’.

Even the most laid-back townhouse cat requires some sort of stimulation. It is important for confined cats to be active and stimulated because destructive tendencies as well as obesity could ensue. You can provide for your cat’s needs through ‘environmental enrichment’, which will satisfy your cat’s desire to interact with her environment.

Small, fast-moving objects trigger the typical chase response in kittens. Most mature cats will continue to display this behaviour later on if correctly stimulated as kittens. Small balls and items such as scrunched up pieces of newspaper will induce this response. Scratching posts provide a necessary release for claw-sharpening, and exercise muscles. Providing cat toys and taking time out to play with your cat will also keep her happy.

Providing a companion for your only cat can also help alleviate boredom and loneliness. It is preferable to have your cats (or cat and dog) grow up together, so as to avoid resentment issues later on with the advent of another cat.

If you are lucky enough to have your own garden in your complex, this can also be transformed into a cat’s delight. The safest cat garden is one from which your cat cannot escape. An electric or high fence is recommended to keep your cat out of the street or away from vicious dogs or strange cats. Planting cat-friendly plants, such as catnip and catmint, and giving cats their own space will help your cat feel like she still has her own ‘territory’.

It will also keep her out of your other flowerbeds and neighbours’ gardens. Don’t forget that the garden should have exposure to sunlight. You will not be popular if you relegate your cat to an icy corner. Be sure to leave a patch of sand for rolling and digging. The installation of bird feeders is not usually recommended unless your garden is big enough to accommodate both your cats and birdlife. A bird on a stick is just asking for trouble with a bored cat in a small garden! Finally, cats like to nibble on grass occasionally, so perhaps include some nice grassy plants for munching, ensuring of course that they are not toxic to cats. Then sit back, relax, and watch your cats enjoy their own outdoor space.

No spam, notifications only about new products, updates.
PrevPrevious10 Cool things about the praying mantis
NextAnimaltalk Top Dog awards 2018Next
On Key