10 cool things about the moose 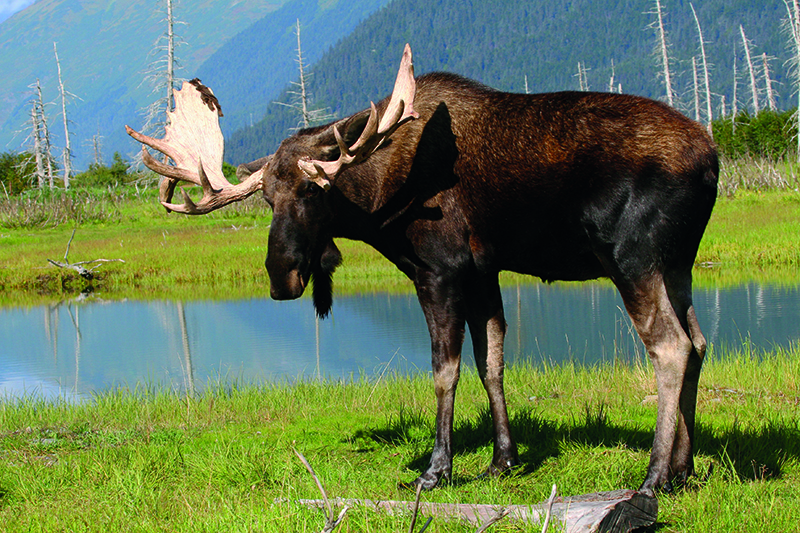 Moose are the largest members of the deer family. The males have huge antlers that they shed each winter. Unlike deer, moose are solitary and don’t form herds. Generally slow-moving and easy-going, moose can become aggressive and move surprisingly fast if angered or startled. 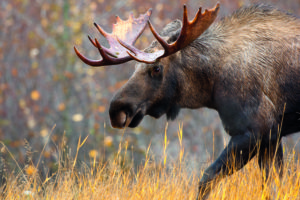 Males are called bulls and adult females are referred to as cows. A young moose is called a calf. Males bellow loudly to attract mates each September and October. The usually solitary bulls may come together at this time to battle with their antlers for mating supremacy. After mating, the two sexes go their separate ways until the following year. Though they may occasionally feed in the same area, they tend to ignore each other.

Moose are among the largest animals in the northern hemisphere. Adult bulls may weigh as much as 680kg (average bulls weigh 450kg), while cows weigh around 360kg. The largest moose are found in Alaska.

Moose have no upper front teeth and are herbivores, meaning they only eat plants. They can eat as much as 23 to 27kg per day. Moose have the same digestive systems as cattle, having four parts to their stomachs. Following eating periods, they will rest and return partially digested food from their stomachs to their mouths to ‘chew the cud’ and break down their food more completely before swallowing it again. 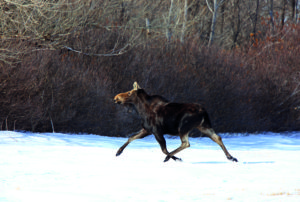 Moose can run up to 56km/h and are very good swimmers who can swim at a speed of 9.6km/h andsubmerge for more than 30 seconds, which is not too bad for a creature weighing that much and who has skinny legs.

6.All the bells and whistles

That flap of skin hanging from a moose’s throat is called a bell. Its purpose? Scientists aren’t sure. Most likely it helps a bull attract a mate. Bulls have larger bells than cows. Why would a cow need one, then? Guess you could say that the bell remains a bit of a moose-tery.

Moose have to defend themselves against wolves, mountain lions and bears. These predators usually go after calves and weak adults. 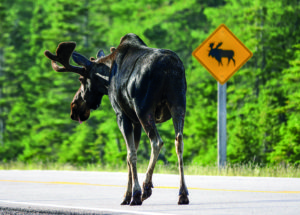 Moose numbers are growing and more people are living in moose country. Moose often wander onto roads. Because a moose’s eyes are on the sides of his head, he has a blind spot in front and often can’t see an oncoming vehicle until it’s too late. Both moose and driver can be seriously injured – or even killed. Signs along many highways warn drivers to be careful.

The word ‘moose’ is derived from the native North American Algonquian Indian word meaning ‘twig eater’. In Europe and Asia, moose are called ‘Eurasian elk’ (North Americans use the word ‘elk’ to identify another type of deer).

Moose have been hunted since the Stone Age. Excavations in Sweden near to the Stora Alvaret archaeological site have yielded Eurasian elk antlers in wooden hut remains from 6000BC, indicating some of the earliest elk hunting in northern Europe.

No spam, notifications only about new products, updates.
PrevPrevious10 Cool things about the honey badger
NextSperm Whale FactsNext
On Key