The herb of happiness 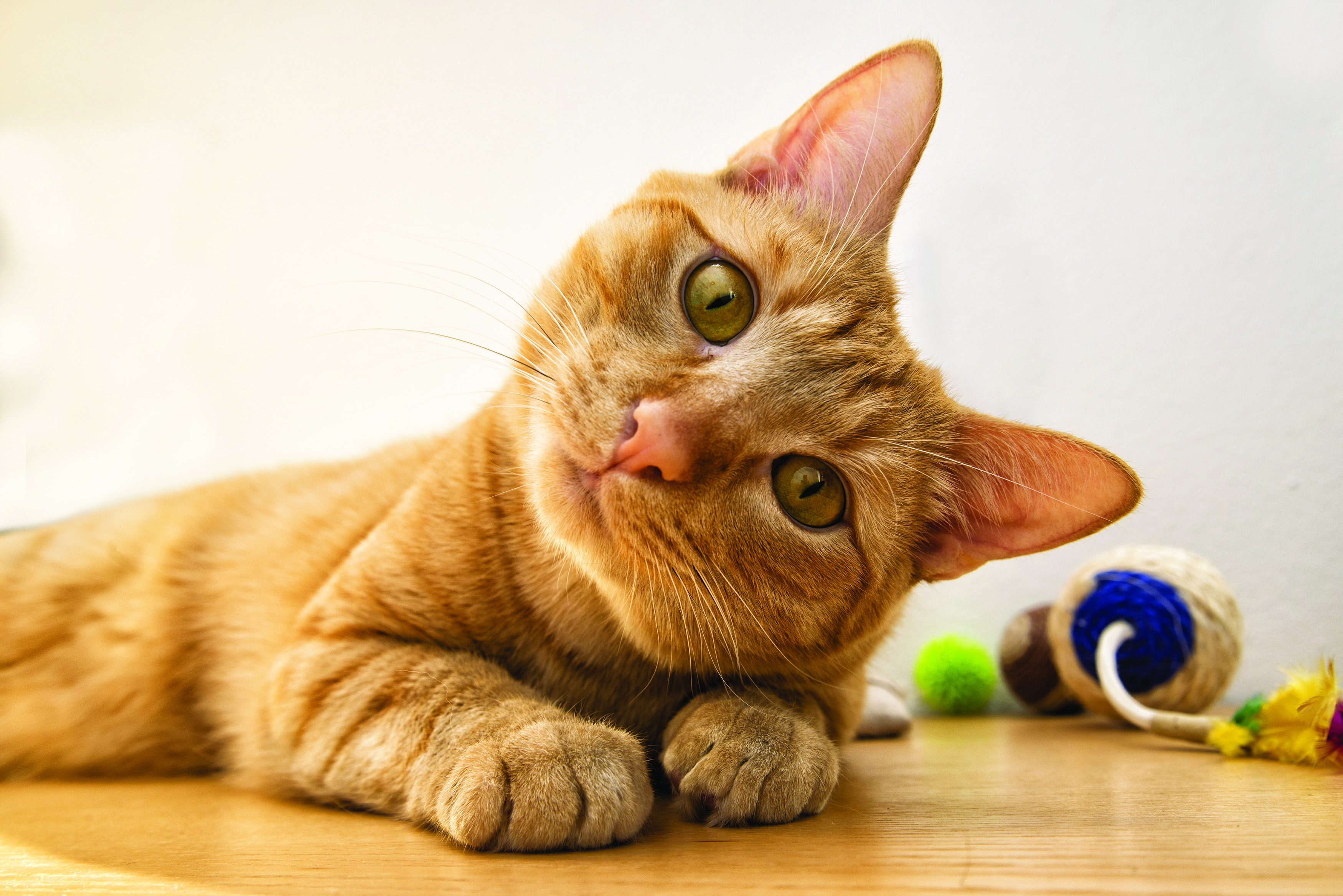 Catnip brings out the silly side in our cats

[dropcap]I[/dropcap]t’s a green herb which causes cats to react in a very entertaining manner. What is catnip and how does it work? We take a closer look.

Catnip (Nepetacataria) is a herb from the mint family, Labiatae. There are around 250 species of flowering plants in this family, but Nepetacataria is the one that cats get so much joy from. It typically has a hairy stalk and the leaves are a greyish green with scalloped edges. The flowers grow in spikes, and become just over a centimetre long. The name Nepetais thought to have come from the town of Nepeta in Italy, while Cataria comes from the Latin word for ‘cat’.

Does it make my cat high?

To put it bluntly, it does a little. However, this is not harmful for your cat. The active molecule in catnip is called nepetalactone, and this is found mostly in the stem and leaves of the plant. Nepetalactone is believed to mimic a cat pheromone and, even though some cats will eat catnip, this mostly works through your cat’s sense of smell. There exist different theories about exactly how catnip makes our felines feel, but from their reactions it looks rather enjoyable! When they smell catnip, cats react by rolling around and rubbing on objects, they might purr or vocalise in other ways, some cats even drool and some might become hyperactive or aggressive. Wild cats also enjoy the effects of catnip. The effect lasts about 10 minutes before your cat will decide that she has had enough. Once all the fun is over, it will take a few hours before she will enjoy another bout of catnip-induced euphoria. Your cat will most likely lose interest when she’s had enough, however, supervise her intake of catnip (both dried and fresh) as eating too much can interfere with her digestive system.

You might offer your cat some catnip, wait in anticipation … and nothing happens. This is normal, as only around half of cats will react to the herb of happiness. Genetics can play a role here as a response to catnip can be inherited. Also, young kittens are not yet able to enjoy catnip; in fact, they might show an aversion to it.

We know you are wondering …

Does catnip have an effect on humans? In the 1400s catnip was regularly used to make tea. Being a member of the mint family, it was believed to soothe colic and flatulence. A very strong catnip tea can produce a mild, short-term calming effect in humans. In the ‘60s people started smoking catnip instead of marijuana. It is said to produce a mild ‘high’ – however, this has not been tested by the Animaltalk team and we would not recommend that you try it at home.

What’s in a name?

Many illegal drugs go by a great variety of names in the streets. And while catnip is not illegal and not quite as dangerous, it has its own extensive list of names! The herb is also known as cataria, catmint, catnep, catrup, cat’s heal-all, cat’s play, true catnip, cat’s wort, chi hsuehtsao, field balm, garden nep, herbacataria, herbacatti, Nebada and Nep.

There are different ways of offering catnip to your cat. These include:

Remember that catnip will go off after a period of time, so get the most out of your catnip by storing it in an airtight container in the freezer.

Upon purchasing a catnip plant it should be fairly easy to grow. The plant likes light, sandy soil and sunny conditions. Keep it well watered. If you are planting your catnip plant in the garden, remember that it causes cats to roll around. If there are other plants near it they might end up being squashed by your (and possibly the neighbour’s!) cat. You can take leaves from your plant throughout the year. To dry it out, place it in the oven on a very low heat until the plant crumbles when touched.

No spam, notifications only about new products, updates.
PrevPreviousCat won’t use litter tray
NextHow To Create a Cat-Friendly living spaceNext
On Key